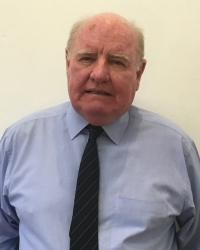 I have been intimately involved in the maritime industry for the past thirty five years. In 1982 I commenced my career with Grindrod Shipping and have for the past eighteen years practised maritime law from my own Law firm. I have been involved in at least eighty arrests of vessels, and to mention securing the arrest of the Olympic Countess passenger liner as well as being involved with another passenger liner in Madagascar. I have also been involved in the capsizing of the vessel Vortrekker and numerous charter party disputes, salvage cases. I also presented papers to the National maritime community in Cape Town, the unique provisions of the South African Admiralty Jurisdiction Act to the US Maritime Law Association in New York, Argentinean Maritime Law Association in Buenos Aires and Uruguay Maritime Law Association about the Admiralty Act. My firm was instrumental in changing the way vessels are arrested in South Africa.

Ports the firm operates in

Judgment Summary of the Tarik III