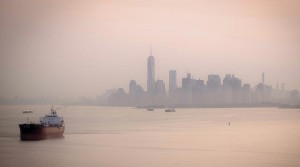 The seminar explored the practical and commercial implications for arresting a ship within various jurisdictions in North America, South America and Asia