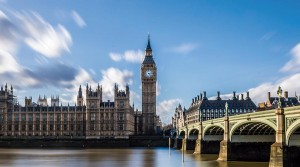 At the Lloyds Academy ship arrest seminar in London last 2-3 December, we were very pleased to see a good bunch of Shiparrested.com members.

Apart from the usual topics on where is best to arrest, practical considerations, associated arrest and global ship arrest scenario, we could hear the banks point of view in making a claim and the bunker industry.  The OW Bunker insolvency gave rise to large talks illustrated by key players involved in the recovery.

Our Moroccan member, Hakim Lahlou, from Lahlou-Zioui & Associés was “much interested to learn the developments as regards OW bunkers crisis (…) in particular, to see how the various jurisdictions deal with the possibility for physical suppliers to carry out arrests on the vessels”.

From Panama, our member Paco Carreira, from Carreira Pitti Attorneys notice that ” SHIP ARREST XIX was a remarkable learning and update experience in various jurisdictions.  Not only the knowledge of where to arrest a ship but also, and equally important, where NOT to arrest a ship due to the forum difficulties”.